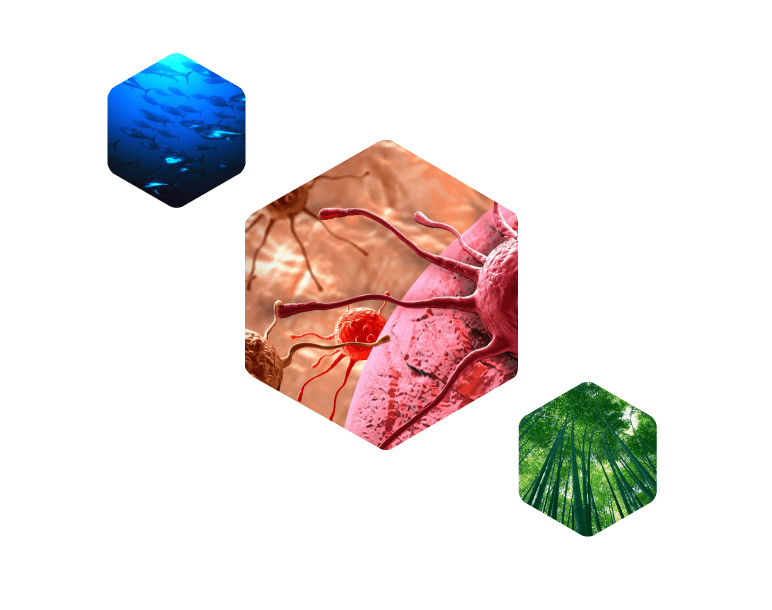 Geometric biology allows us to understand the dynamics of how living things convert energy flows into mass, at all scales of biological organisation.

The size and shape (together, the ‘geometry’) of organisms ultimately determine these flows.

The Geometric Theory of Biology allows us to predict how things function, grow, and change; be they tumours, schools of fish, or whole forests.

Lukas Schuster and Hayley Cameron, along with Craig White and Dustin Marshall, experimentally manipulate the metabolism of whole populations of a single organism to assess the relationship between metabolic rate, how much food an organism needs and how quickly it can convert food into growth.

Published in Proceedings of the National Academy of Sciences of the United States of America.

We have benchmarks for how to manage fisheries sustainably but what if the assumptions that go into setting those benchmarks are wrong?

Published in Proceedings of the National Academy of Sciences of the United States of America.

Mind the gap: a systematic map of light variation in algal aquaculture allows us to identify research gaps

PhD student Belinda Comerford, under the supervision of Nick Paul and Dustin Marshall, has explored existing studies on how variation in light affects algal growth, highlighting crucial gaps in our knowledge to date.

Effects of light variation in algal cultures: a systematic map of temporal scales

Published in the Journal of Applied Phycology.

Using the model organism Bugula neritina, more than four years of study and the deployment of over 6000 individuals, Dustin Marshall has found that mothers in higher temperatures tend to favour smaller offspring, while mothers in cooler temperatures favour larger offspring.

New work by Martino Malerba and Dustin Marshall debunks the long-held belief that the karyoplasmic ratio — the proportion of nucleus size to cell size — is approximately constant.

Larger cells have relatively smaller nuclei across the Tree of Life