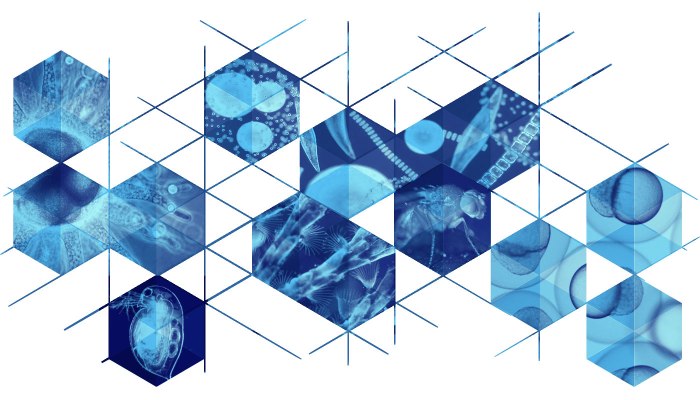 The Centre for Geometric Biology is developing and testing a new theory for how and why organisms grow.

Our particular focus is on how the net flux of energy (the energy acquired through food, photosynthesis, or chemosynthesis minus the energy lost to metabolism) changes with size, whether it be cell size or total body size.

The Centre for Geometric Biology entered its 3rd year in 2017.  It has been an extremely busy year with many research highlights.  The different research groups are working with a variety of organisms and approaches to explore a wide range of specific questions about organismal growth.  There has been a palpable feeling of excitement as the different research streams and collaborations are starting to come together under the unifying theme of energy acquisition and use.

Success in the realms of external funding and publications in high ranking journals has been excellent in 2017 and this applies to all career levels from PhD students to early career researchers and above.

A meeting with board members and the Monash University internal review process has provided ample opportunity to reflect on our progress and identify where we want to be headed.  A priority target is to improve the theoretical underpinning of our work.  Successful visits followed on from theoretical ecologist Professor Andre de Roos in 2016 (University of Amsterdam), with visits from mathematical modeler Professor Tim Coulson (University of Oxford) and theoretician Professor Troy Day (Queens University, Ontario) in 2017.  These visits have all resulted in ongoing collaborations and I think we have all found them highly motivating. 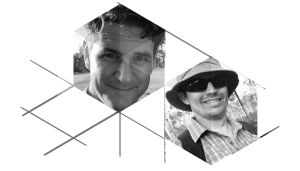 Finally, we would like to thank the board members and the internal review team for their ongoing interest and support of our research and of course congratulate all the members of the Centre for Geometric Biology for their many successes in 2017.

Some research highlights from 2017

An experimental demonstration of the effect of competition on energy budgets

How much an individual organism can grow depends on both the amount of energy acquired (from food consumption) and the energy expended on respiration (metabolic rate).  Increasing population densities can affect the availability of energy by increasing competition for resources (such as food) which can, in turn, affect the rates at which individuals acquire and expend energy.

Post-doctoral fellow, Giulia Ghedini and colleagues Craig White and Dustin Marshall are interested in whether feeding rates and metabolic rates change in the same way when population densities increase. They wanted to explore why individuals typically reach smaller sizes in denser populations while knowing that growth ultimately depends on how rates of energy intake change relative to rates of energy expenditure.

The research team considered 4 possible scenarios where the rates of feeding and metabolism varied and which would have different outcomes in terms of the energy available for growth (see figure).  Few studies have considered both these rates at the same time and so the ways in which both intake (feeding) and expenditure (metabolism) are affected by density remains unclear making it difficult to predict which scenario would apply.

Giulia and colleagues used the colonial bryozoan Bugula neritina as a study organism and experimentally created populations of different densities by settling increasing numbers of larvae on experimental plates. After metamorphosis these larvae developed into adult colonies that were grown in the field at the different population densities ranging from 1 to 30 individual colonies per plate.

The different populations of Bugula were supplied with equal amounts of food (a single celled alga) and feeding rates were calculated after 3 hours.  Metabolic rates were calculated by measuring changes in % oxygen over the same period of time (3 hours) and the ‘scope for growth’ of each individual colony was calculated by subtracting energy expenditure (metabolism) from energy intake (feeding).

Giulia and her colleagues found that while both feeding rates and metabolic rates decreased with increasing population densities, energy gains from food intake decreased faster than the energy expended on metabolism, reducing the amount of energy available for growth (scenario 3 on figure).  This explains why individual growth and reproductive output decrease in denser populations.

What is more, the researchers have also demonstrated that the difference between energy intake and expenditure at the individual colony level could predict the average body size that colonies reached in populations of varying densities.

Evolving smaller body sizes improve the ability to persist when resources are limited, but at a cost.

We know that the growth and reproduction of an organism are dependent on both energy acquisition and energy use – net energy flux –  but few studies look at both these simultaneously.  Recent reductions in body size across a range of taxa worldwide, has focused attention on increasing our understanding about the role size plays in determining net energy flux.

Martino Malerba and co-authors Dustin Marshall and Craig White used a technique called artificial selection to genetically evolve small and large populations of a single celled marine alga Dunaliella tertriolecta that differed in size by 500%. They then assessed some physiological and ecological consequences of this size shift.

Other traits such as swimming speed and distance travelled showed the highest performance in the control cells; perhaps because they maintained an optimal ratio of cell size to length of swimming flagella.

This research, published in the highly regarded journal Ecology Letters, will inform the debate on how natural ecosystems will respond to human impacts. Open oceans are the most productive systems in the world and single celled algal species dominate this production. These results show that reductions in cell size as a result of human activities such as fishing and climate change can severely reduce this rate of carbon fixation by as much as 40%.

Mixing it up – methanotrophs use hydrogen as alternative energy source

Chris Greening, from the Centre for Geometric Biology, has been working with collaborators from GNS Science, University of Otago, Scion, and Montana State University, to provide evidence that aerobic methane-oxidising bacteria (methantrophs) are able to meet energy and biomass demands in variable environments, by using hydrogen as an alternative energy source.

Methanotrophs thrive in areas where methane (CH4) fluxes are high such as peat bogs, wetlands, rice paddies and geothermal habitats and have been considered specialist users of single carbon compounds such as methane.  But, these types of bacteria also exist within soil and marine systems where CH4 and oxygen (O2) concentrations fluctuate more widely.

This led Chris and colleagues to hypothesise that methanotrophs must be able to supplement metabolism of CH4 and O2 with other energy yielding strategies to support growth.

The research team conducted an interdisciplinary study to investigate the role of hydrogen (H2) as an important electron donor allowing organisms to meet carbon and energy demands in response to fluctuating CH4 and O2 availability.

Field studies demonstrated that bacteria in the phylum Verrumicrobia simultaneously oxidised CH4 and H2 in geothermally heated soils. What is more, laboratory studies confirmed that a representative of the Verrumicrobia depended on H2 consumption when CH4 and O2 were experimentally varied.

This evidence, coupled with genome surveys, led the researchers to conclude that H2 oxidation expands the ecological niche of methanotrophs, enabling them to meet energy and biomass demands in dynamic environments where O2 and CH4 concentrations are variable.

What happens in 60,000 generations of evolution?

Mike McDonald, working with colleagues from the United States, has found that long-term adaptation to a constant environment can be a more complex and dynamic process than is often assumed.

The team were able to observe this process directly by using frozen samples of E. coli from the ongoing experimental evolution study led by Richard Lenski, now in its 30th year. This is over 67,000 generations for each of the 12 replicate populations.

Previous studies have shown that the populations have not yet reached the expected ‘fitness peak’ despite tens of thousands of generations in the same environment.  While the competitive fitness of each generation continues to increase, the rate of improvement has slowed.

Through analysing genome sequences every 500 generations, Mike and the research team have been able to analyse when, and in what order, successful mutations occur, the dynamics by which they spread through a population and what other competing mutations have arisen.

Their data revealed a complex adaptive process with competition between lineages arising from different beneficial mutations important, but genetic drift and eco-evolutionary feedback also playing significant roles. In the latter instance the evolving E. coli change the environment they are growing in, which can, in turn, influence the evolutionary trajectories of the different populations.

The combination of such processes can help explain why the rate of molecular evolution in E. coli populations remains so high through 60,000 generations.

These results help us understand the complex population genetic processes that take place in the long term adaptation to a fixed environment and are in stark contrast to the ‘evolutionary desert’ expected near a fitness peak.

Prof Craig White and Dr Lesley Alton will be tackling the fundamental biological question of why so few biological traits scale proportionally with body size. Craig and Lesley will use artificial selection to engineer animals where biological scaling laws are either ‘broken’ or enhanced. This means that they will create large animals with low metabolic rates and small animals with high metabolic rates and measure the consequences of this for fitness.

Dr Mike McDonald will be collaborating with Dr Kat Holt from the University of Melbourne to investigate the co-evolution of microbes in a long-term evolution experiment.  The bacteria E.coli and the baker’s yeast S. cerevisiae will be cultured independently or together in two different environments for 1000 generations. Mike and Kat will then measure individual growth rates, ecosystem performance, fitness, and sequence the whole genome. They will then look for signals of co-evolution between E.coli and yeast.

Dr. Chris Greening will be collaborating with Ass. Professor Perran Cook from the School of Chemistry and Ronnie Glud and Damien Callahan (University of Southern Denmark and Deakin University) to investigate the role that hydrogen plays in sandy sediments that are anoxic (depleted of oxygen). This project aims to quantify the respiratory pathways and the importance of hydrogen in the microbial ecology and biogeochemistry in the sandy sediments that dominate our coastline.

Chang, C.Y. & Marshall, D.J. (2016) Spatial pattern of distribution of marine invertebrates within a subtidal community: do communities vary more among patches or plots? Ecology and Evolution, 6, 8330-8337.

Olito, C. (2017) Consequences of genetic linkage for the maintenance of sexually antagonistic polymorphism in hermaphrodites. Evolution, 71, 458-464.

Pettersen, A.K., White, C.R. & Marshall, D.J. (2016) Metabolic rate covaries with fitness and the pace of the life history in the field. Proceedings of the Royal Society B: Biological Sciences, 283.