Cultivation-independent surveys have shown that the desert soils of Antarctica harbour surprisingly rich microbial communities. Given that phototroph abundance varies across these Antarctic soils, an enduring question is what supports life in those communities with low photosynthetic capacity.

Although more extensive sampling is required to verify whether this process is widespread in terrestrial Antarctica and other oligotrophic habitats, our results provide new understanding of the minimal nutritional requirements for life and open the possibility that atmospheric gases support life on other planets.

One of the most fundamental patterns studied in life-history theory is how offspring size links to performance of an individual. Within species, larger offspring generally have higher survival, reproductive output and growth, and lower risk of predation and starvation. One key question that remains is why larger offspring outperform smaller offspring.

The Centre’s Amanda Pettersen and colleagues Craig White, Robert Bryson-Richardson and Dustin Marshall explored one potentially widespread mechanism: how the costs of development scale with offspring size, using metabolic theory. Metabolic theory proposes that there is an allometric relationship between energy use (metabolic rate) and body size, where on a log-log scale, the slope of this relationship is less than one.

Amanda and colleagues sought to explore whether the same pattern (i.e allometric scaling) occurs with offspring size, in order to understand how size affects the relative use of energy reserves throughout a critical life period. They measured embryo mass and metabolic rate throughout development, from fertilisation to hatching, in the freshwater fish, Danio rerio.

This research in published in the journal Functional Ecology. 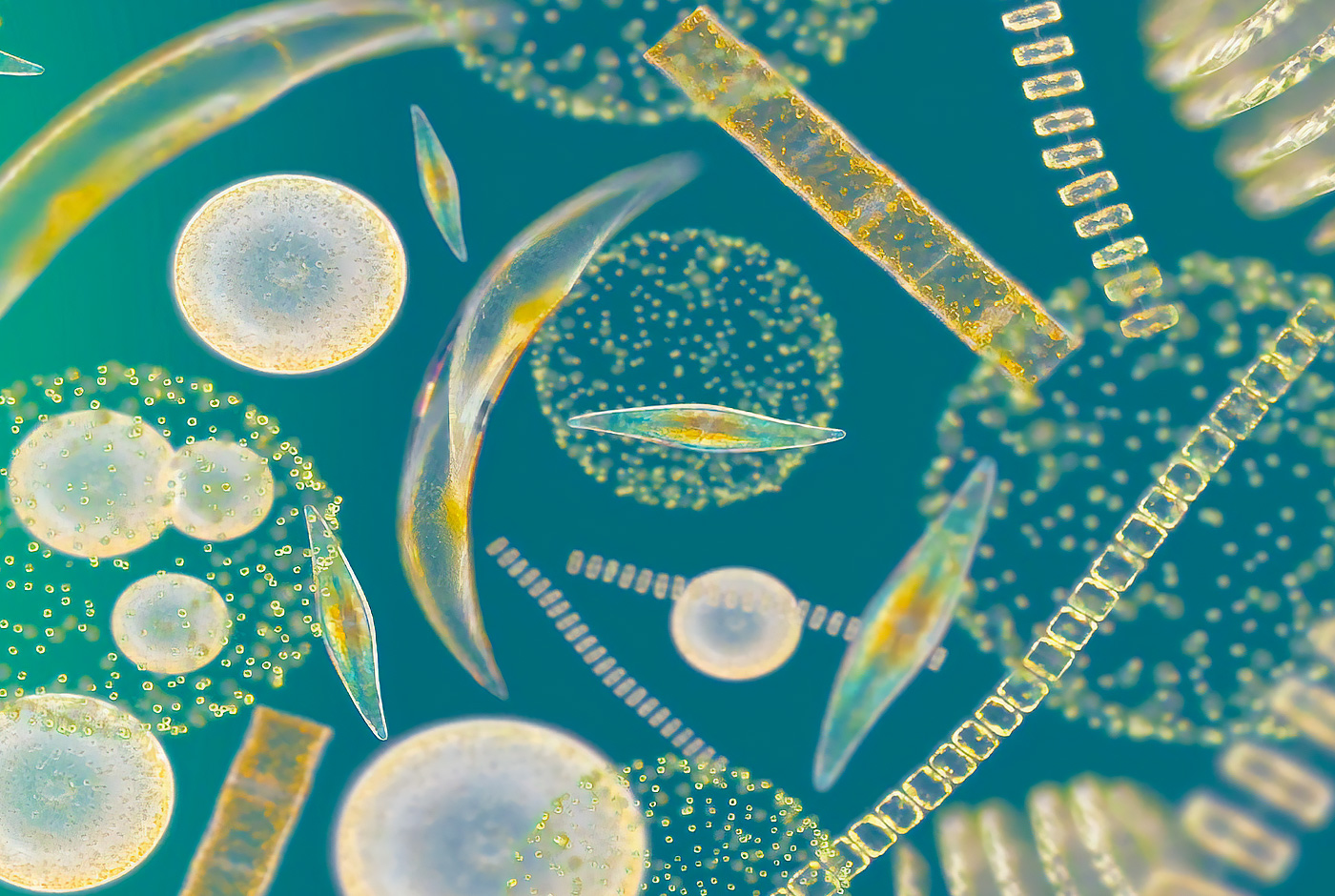 The Centre’s Dr Martino Malerba spoke to Corey Green on community radio 3CR about his research into phytoplankton.

Phytoplankton create about 50-85% of the world’s oxygen, and they are the basis of aquatic food chains. Phytoplankton numbers are affected by pollution and climate change.

The outcomes of evolution are determined by a stochastic dynamical process that governs how mutations arise and spread through a population. However, it is difficult to observe these dynamics directly over long periods and across entire genomes.

Here we analyse the dynamics of molecular evolution in twelve experimental populations of Escherichia coli, using whole-genome metagenomic sequencing at five hundred-generation intervals through sixty thousand generations. Although the rate of fitness gain declines over time, molecular evolution is characterized by signatures of rapid adaptation throughout the duration of the experiment, with multiple beneficial variants simultaneously competing for dominance in each population.

Interactions between ecological and evolutionary processes play an important role, as long-term quasi-stable coexistence arises spontaneously in most populations, and evolution continues within each clade.

We also present evidence that the targets of natural selection change over time, as epistasis and historical contingency alter the strength of selection on different genes. Together, these results show that long-term adaptation to a constant environment can be a more complex and dynamic process than is often assumed.

Aerobic methanotrophic bacteria have evolved a specialist lifestyle dependent on consumption of methane and other short-chain carbon compounds. However, their apparent substrate specialism runs contrary to the high relative abundance of these microorganisms in dynamic environments, where the availability of methane and oxygen fluctuates.

In this work, we provide in-situ and ex-situ evidence that verrucomicrobial methanotrophs are mixotrophs. Verrucomicrobia-dominated soil communities from an acidic geothermal field in Rotokawa, New Zealand rapidly oxidised methane and hydrogen simultaneously.

We isolated and characterised a verrucomicrobial strain from these soils, Methylacidiphilum sp. RTK17.1, and showed that it constitutively oxidises molecular hydrogen. Genomic analysis confirmed that this strain encoded two [NiFe]-hydrogenases (group 1d and 3b), and biochemical assays revealed that it used hydrogen as an electron donor for aerobic respiration and carbon fixation.

While the strain could grow heterotrophically on methane or autotrophically on hydrogen, it grew optimally by combining these metabolic strategies. Hydrogen oxidation was particularly important for adaptation to methane and oxygen limitation.

Complementary to recent findings of hydrogenotrophic growth by Methylacidiphilum fumariolicum SolV, our findings illustrate that verrucomicrobial methanotrophs have evolved to simultaneously utilise hydrogen and methane from geothermal sources to meet energy and carbon demands where nutrient flux is dynamic.

This mixotrophic lifestyle is likely to have facilitated expansion of the niche space occupied by these microorganisms, allowing them to become dominant in geothermally influenced surface soils.

Conference season is in full swing and members from the Centre for Geometric Biology will be presenting their research over the next few weeks in Portland and Hawaii.  For those of us who can’t make it overseas we can hear research updates at the CGB mini-symposium on the 22 August from 1 pm to 5pm at Monash University.

Not only is offspring size getting smaller, we also know that animals are getting smaller but surprisingly we don’t yet know how reproductive output scales with body mass – both issues with profound implications for fisheries management. Life history theory and mechanistic models assume that reproductive output of fish scales on a 1:1 ratio with female size (isometric scaling). However fisheries management is often based around the assumption that larger mothers have a disproportionately greater reproductive output (hyper-allometricscaling). Diego Barneche has compiled raw data on female size, fecundity and egg size of marine fish from over a century of research to start addressing the lack of formal assessments of scaling relationships between reproductive output and female body mass across differentspecies.

While her colleagues are immersed in larval biology research, Giulia Ghedini will be attending the Ecological Society of America Annual Meeting in Portland, Oregon, USA. Giulia will be talking about her research into the relationship between population densities and the ‘scope for growth’ of an individual within that population. She has measured both the foraging rates (energy intake) and metabolism (energy expenditure) in a model system using sessile invertebrates to determine how the growth of an individual is affected by changing densities of other individuals of the same species’.  Giulia found that feeding and metabolism weredensity-dependent, but energy intake through feeding decreased faster than energy expenditure through metabolism, reducing the ‘scope for growth’ of individuals. These results demonstrate that density-dependent growth occurs because of differential rates of change in energy gains and losses with increasing densities. These effects of population density on individual energy budgets have important implications for predicting the dynamics of populations and their responses to environmental change.

Three members of the Centre for Geometric Biology presented half-hour seminars as part of Environmental Microbiology Research Initiative (EMRI) at the University of Melbourne on Friday 21 July 2017. Jeremy Barr, Chris Greening and Mike McDonald all talked about their research journey to date and where they hoped to go next.

Jeremy described his work on bacteriophages – bacterial viruses that only infect bacteria – and how the high phage to bacteria ratio in found in mucosal surfaces, provides a layer of protection against bacterial infection (see below). 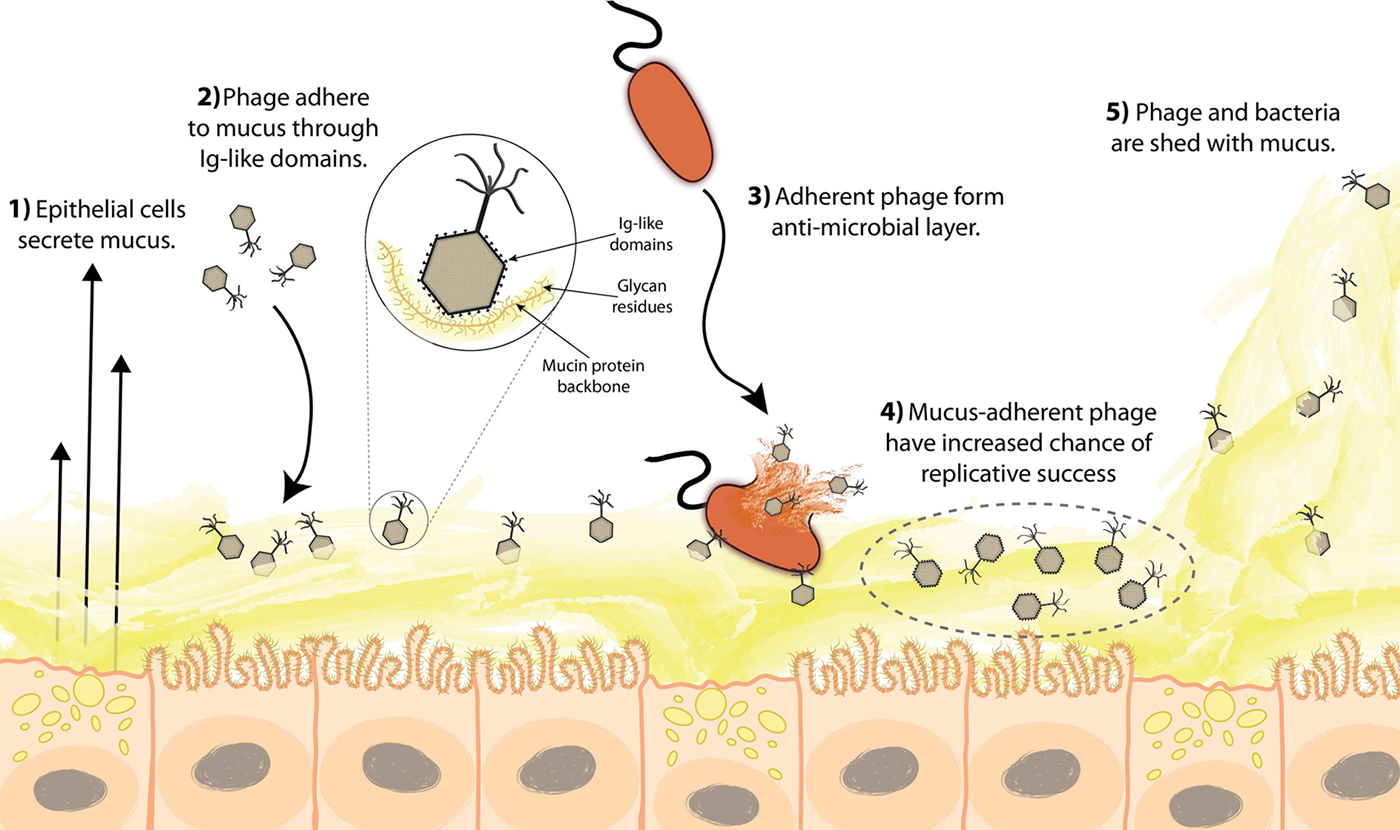 Jeremy also described experiments designed to explore how phages access other parts of the body. He and colleagues have found that phages can pass through epithelial cells in one direction and spread around the body. His work at Monash will investigate in more detail relationships between phages and their hosts. See Jeremy’s website for more details.

Chris’s research focuses on the metabolic strategies that microorganisms use to persist in unfavourable environments. He studies this in relation to three core areas: global change, disease, and biodiversity.

Chris talked about his discovery that microbes scavenge atmospheric trace gases such as H2 to meet their energy and carbon needs. He emphasised that most microbes are far more flexible than we realise and can utilise other sources of energy for maintenance (rather than growth). This in turn may explain the high biodiversity observed in extremely nutrient poor environments. See Chris’ website for more details.

Mike described how these approaches suggest that although evolution can be very repeatable, history and contingency are also important for some traits and that ecological and evolutionary changes occur on similar timescales, even in simple experimental systems. Mike is interested in the possibility that natural selection might be more predictable than previously thought and to develop experimental systems that can provide a greater insight into evolution in natural environments. See Mike’s website for more details.

Using a field experiment, we investigate the consequences of unequal maternal provisioning for both maternal and offspring fitness in a marine invertebrate. We create experimental broods of siblings with identical mean, but different variance, in offspring size, and different sibling densities.

We suggest that when siblings compete for the same resources, and offspring size affects niche usage, the production of more-variable broods can provide greater fitness returns given the same maternal investment; a process unanticipated by the current theory.

Published in: Philosophical Transactions of the Royal Society B, volume 372, issue 1727 (August 2017)

Group living has been proposed to yield benefits that enhance fitness above the level that would be achieved through living as solitary individuals. Dominance hierarchies occur commonly in these social assemblages, and result, by definition, in resources not being evenly distributed between group members. Determinants of rank within a dominance hierarchy can be associated with morphological characteristics, previous experience of the individual, or personality traits such as exploration tendencies.

The purpose of this study was to investigate whether greater exploration and positive responses to novel objects in homing pigeons (Columba livia) measured under laboratory conditions were associated with (i) greater initial exploration of the local area around the home loft during spontaneous exploration flights (SEF), (ii) faster and more efficient homing flights when released from further afield, and (iii) whether the traits of greater exploration and more positive responses to novel objects were more likely to be exhibited by the more dominant individuals within the group.

There was no relationship between laboratory-based novel object exploration and position within the dominance hierarchy. Pigeons that were neophobic under laboratory conditions did not explore the local area during SEF opportunities. When released from sites further from home, neophobic pigeons took longer routes to home compared to those birds that had not exhibited neophobic traits under laboratory conditions, and had spontaneously explored to a greater extent.

The lack of exploration in the neophobic birds is likely to have resulted in the increased costs of homing following release: unfamiliarity with the landscape likely led to the greater distances travelled and less efficient routes taken. Birds that demonstrated a lack of neophobia were not the dominant individuals inside the loft, and thus would have less access to resources such as food and potentially mates. However, a lack of neophobia makes the subordinate position possible, because subordinate birds that incur high travel costs would become calorie restricted and lose condition.

These findings indicate that the ability of sloughing to act as an effective immune defence is species specific, and they have implications for understanding the pattern of Bd population growth on individual hosts, as well as population-level effects.